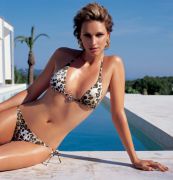 Cancun is one of the best resorts in Mexico

The resort of Cancun is located in the coastal zone of the Caribbean Sea on the Yucatan Peninsula. It is included in the TOP 10 best cities for recreation. The resort area includes a narrow strip of coastline between the cozy Nichupte lagoon and the warm Caribbean Sea. Along the entire length of the coast (and this is about 25 kilometers), diverse shopping centers, clubs and discos, restaurants, hotels and hotels, in general, buildings showing the highest level of infrastructure of the resort city, were built. Cancun is snow-white beaches that seem simply endless, it is crystal clear water, it is close proximity to many monuments of civilization of the ancient settlements of the Mayan people.

The city’s airport was built 16 kilometers from the central part of the city and 10 km from the main resort strip with hotels. It constantly receives flights from all over America (Central, North, South), as well as from the counties of Great Britain and some major cities in other European countries.

The climate of the resort almost does not depend on the calendar date, it is very mild and maritime. The rainiest months are from May to the very end of November, almost before the beginning of the calendar winter. Most precipitation usually falls from mid-August to October, especially in September.

Beaches
On the beaches there is a flag warning about the safety of being on the coast. If swimming and sunbathing is quite safe, then green flags hang, if there is a danger, then the color of the flag changes to red.

From a height, the coast line clearly resembles the number “7”, which conditionally divides the resort into two completely unequal parts: long and short. The shortened zone is a quiet paradise with extremely calm seas. This peace is due to the separation of the “Isle of Women”. The undoubted advantage of this zone is its proximity to the central part of the city and entertainment venues. This part of the Cancun resort is usually advised to families with children, because swimming here is very easy due to the almost non-existent waves.

But the long part is characterized by constant and rather strong waves, freely coming from the ocean. Such conditions will be suitable only for windsurfers. The waters here are amazingly clear, as are the beaches, and the seabed consists entirely of fine sand.

Buses run round the clock in both directions – every 3 minutes. Very pleasant is the fact that the cost is fixed, not depending on the distance.

The zone of hotels and hotels is located on a narrow, but very long spit along the coast. It is completely separated by a lagoon. Almost all hotels have a very modest area. Most often, they feed guests only breakfast – according to the so-called BB system.

The ruins of Del Rey are practically the only monument within the city. But fans of archeology should not be confused by this, because all that remains of the Mayan civilization is located outside the city limits. But it is easy to buy a lot of different tours there.

In the city aquarium they give an idea of ​​the marine inhabitants, there is an opportunity to swim with dolphins. Nearby there is a place where more than one and a half hundred species of birds live – this is the beautiful island of Contoy.

On the beaches there are stations with underwater motorcycles. Everyone who wants to ride a catamaran to the nearest reef, and already there they dive on a motorcycle to a depth of about 10 meters and enjoy beautiful views and a variety of inhabitants.

For vacationers, this resort has everything: beautiful nature, rich cultural heritage inherited from the Mayan people, a whole strip of hotels, discos, bars, restaurants and other establishments that will make your vacation in Cancun bright and unforgettable!

The history of travel and tourismTrade travel has existed since the dawn of civilization. At that time, the port of Lothal was an important center of trade between the Indus Valley and the Sumerian civilizations.…